Other interesting stuff that doesn’t really fit with the CPD modules. Let us know if you have anything educational that will fit in here 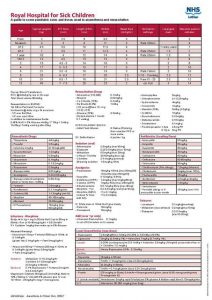 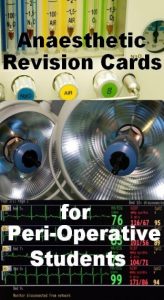 Catastrophes of many kinds can occur in childbirth…

This moving article is about a pregnant woman dying from amniotic fluid embolism. It is a very well written piece about how even when we do everything right, sometimes the worst happens. This should be essential reading for anyone working in obstetrics. There is not test/certificate but this is the perfect piece to base a reflective account on. 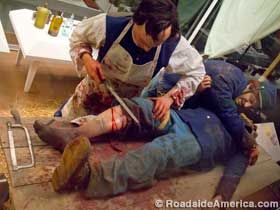 From 1861 to 1865, the American Civil War would cause almost 10 million soldiers to need medical assistance. At the beginning of the war, the military had only 113 doctors to meet this demand. Some only has 6 weeks formal training…

James Young Simpson & the early testing of anaesthetics (on oneself)

When Simpson came to on the floor he noted that Dr Keith was under the table, kicking confusedly as he came to; and Dr Duncan was still out to it. He realised straightaway that he had found something “far stronger and better than ether.” The night turned into quite a party as they took chloroform to knock themselves again and again until 3am!….. 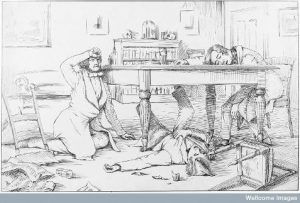 Ever wondered that little red bung in an R-lock is rubber and might not be latex free. Well it isn’t latex.
This handy list from the Royal Cornwall NHS Trust gives a list of common anaesthetic equipment/ consumables and their latex status.

p.s.   All GE anaesthetic equipment (including BP cuff cables) has been latex free since the 80’s.

Robert Lister performed the only operation with a 300% mortality rate. 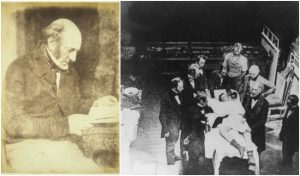 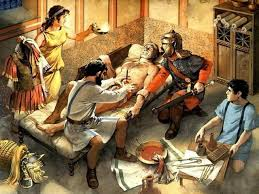 The lack of truly sterile equipment, few if any painkillers or anaesthetics, and the reliance on superstitions and myths would probably make any modern-day surgeon cringe when reading about the medical practices of ancient Rome. In many respects, though, the Romans laid the foundation for certain areas of modern medicine. From the Romans, surgical methods began to be based on their extensive study of anatomy and physiology as well as their examinations of the human body’s reactions to disease and injury.

This one is a little different. There is no test at the end. The video is the story of Elaine Bromiley who died while under anaesthetic for a routine elective surgical procedure. Viewing this is a must for anyone working in the operating theatre and it is perfect to write up as an example of reflective practice. The PDF is an anonymous version of an Independent Report on the death of Elaine Bromiley.
Length of video: 15 minutes